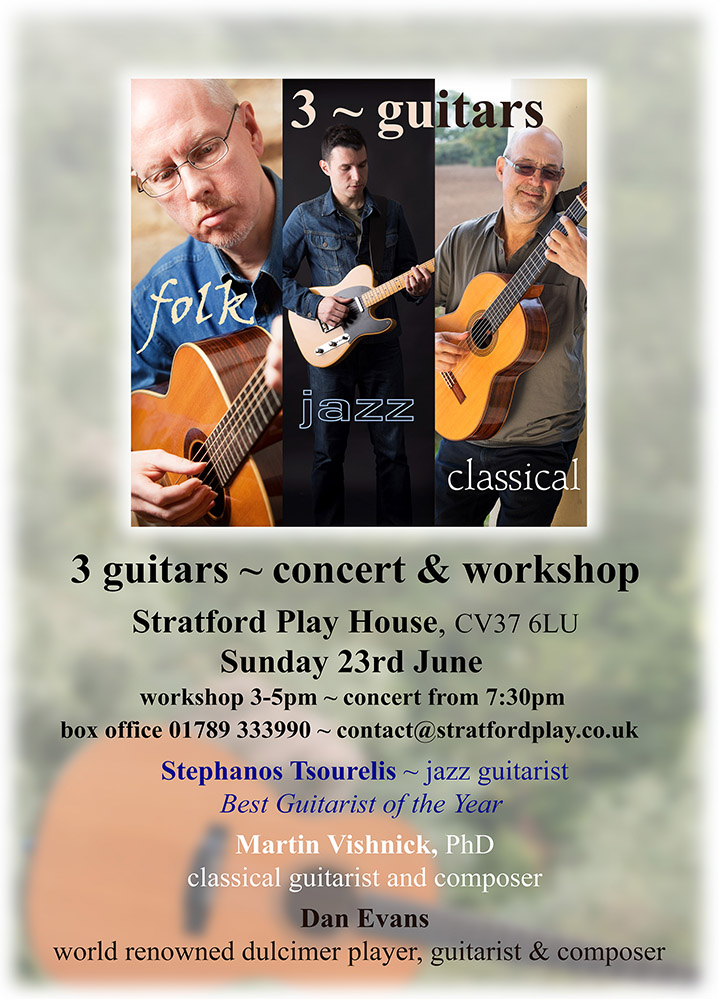 This exciting and varied concert will feature solo performances from three international guitarists and masters of their respective genres.  They will close each set with collaborations on guitars, oud and dulcimer giving the concert a world music twist.

Originally from Greece, Stephanos Tsourelis has been awarded Best Guitarist of the Year by the London Guitar Institute.  Stephanos plays jazz on acoustic and electric guitars and Mediterranean music on oud.