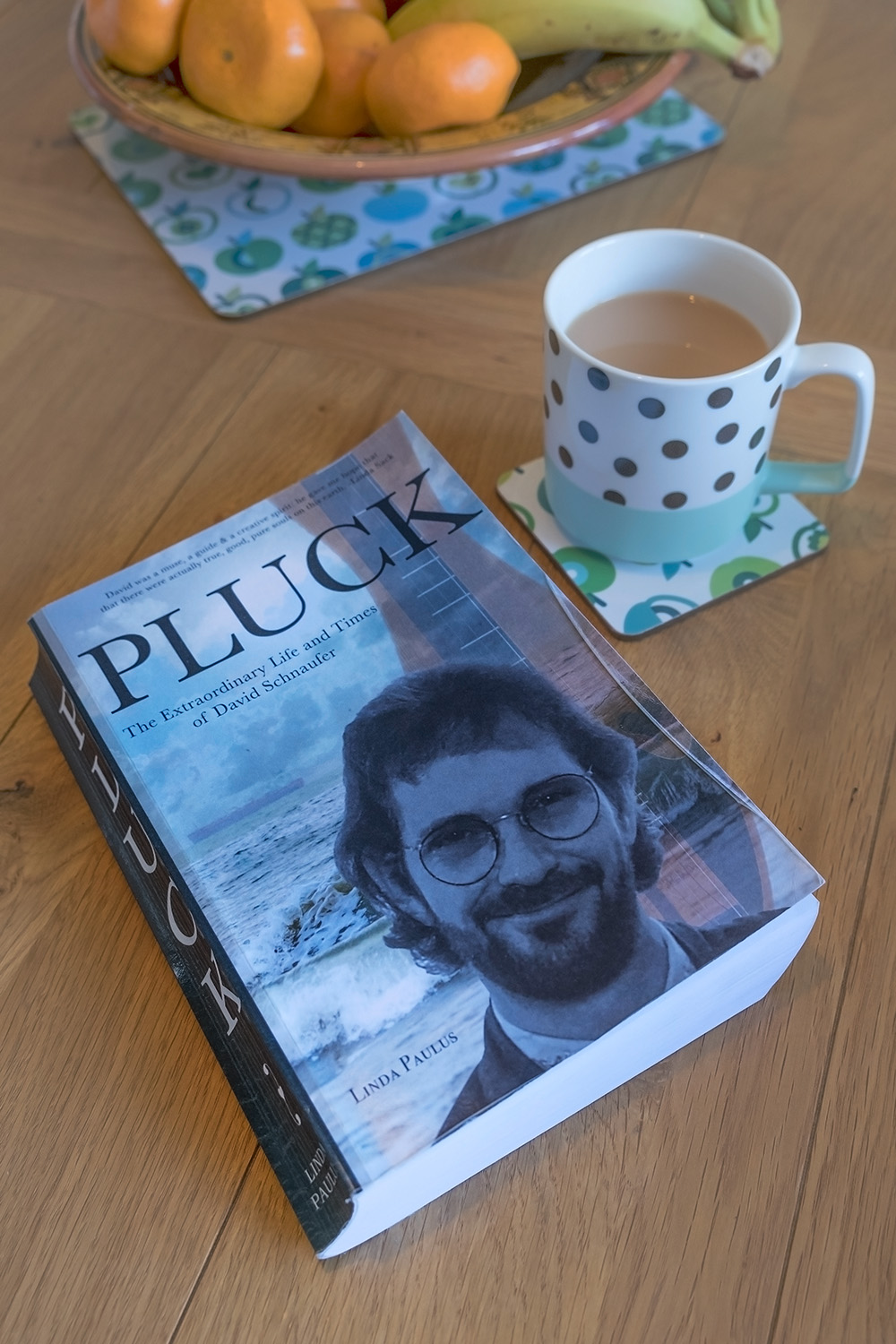 ‘Pluck – The Extraordinary Life and Times of David Schnaufer’

At over £37 from Amazon UK and with over 500 pages for the main story alone, this paperback represents quite an investment of time and money.  So is it worth it ?

Schnaufer’s story is written in the present tense with an ease that seems to make the pages turn more quickly than usual.  I enjoy reading but I’m often put off by very long stories.  Here however, I found myself on page 300 in seemingly no time, eager to read on and find out what happens next.

David Schnaufer – the man and his music

I learned about David’s shy, quiet and unassuming nature and the ease with which he made friends with just about everyone he met.  Rather than push his own music onto others, David was always keen to learn about their music.

The book sets the scene of country music in Schnaufer’s lifetime (1952 – 2006) and I learned how incredibly successful he was, especially in his collaborations with eminent country artists.  His story is even more remarkable when you consider David’s many struggles, both financial and medical.

It seems that much of his life David didn’t have a home of his own, except late in life when he lived in a tiny apartment in Nashville.  One of the cars he drove was a ‘rust bucket’ wreck that was given to him by a friend.  On one occasion David drives away from visiting friends, his car rattling and puffing smoke.  He then shouts back to his friends: “just three more down-payments and she’s all mine”.

Not being able to afford medical insurance, David could not easily see a doctor.  Both a broken neck (from an accident in early life) and long-term diabetes were seemingly not properly managed.  Despite these challenges, Schnaufer was prolific as well as successful, making many recordings, appearing in films and writing or co-writing songs.

David’s interest in the history of the dulcimer and of the Tennessee music box, lead him to acquire a collection of instruments, which are now housed in the Tennessee State Museum.  His respect for tradition was balanced by innovation.  He sometimes played a dulcimer with 4 equidistant strings or one with chromatic fretting, which doubtless helped when playing with others.

There are a couple of pages in the comprehensive appendices that list discussion topics for book clubs.  These will make you reflect on David’s life and achievements as well as the purpose of life itself and the role of music and musicians in society.  Much of the appendix however is given to the countless references that cite the extensive research undertaken to complete this project.

It probably helped that I know many of the dulcimer players mentioned from my travels in the USA; Nonetheless, I enjoyed this book immensely.  I also feel proud to have known this great man and marvel at his fantastic contribution to the popularity of the dulcimer.  I’m also proud of my friend Linda Paulus for her monumental effort in pulling this project together, and so very nicely.

For British readers of this review: the late Roger Nicholson of London, England gets a couple of mentions in the book as a source of inspiration to the developing David Schnaufer.

If you are still not committed to buying a copy, let me whet your appetite further by mentioning just a few of the many artists that David Schnaufer worked with: Chet Atkins, Johnny Cash, Cindy Lauper, The Everly Brothers, Emmylou Harris, Mark Knopfler, Alison Krauss and Sting.  Need I say more ?