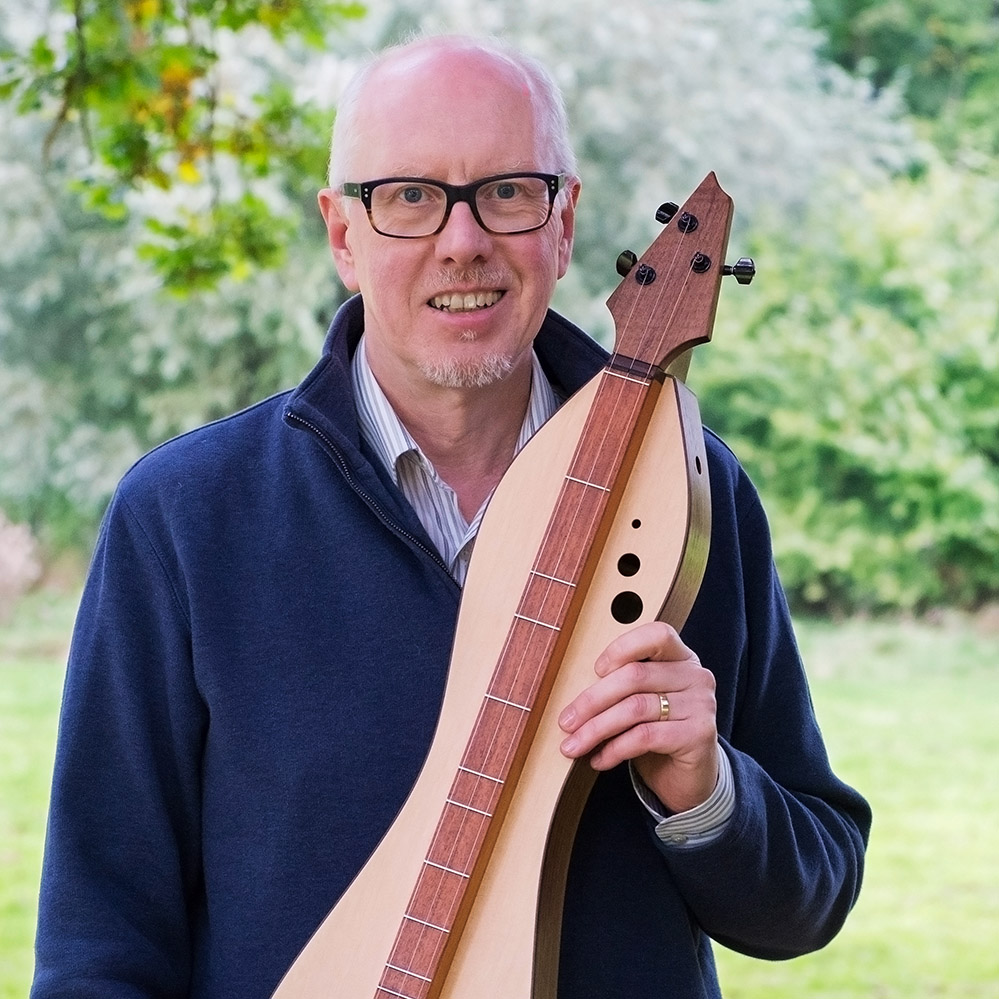 customer service in the USA

Late on the last night of a tour of Kentucky, I was very tired and scraped the side of my hire car in a petrol station.  The following morning I dropped off the car on the way to the airport and told the hire company about the accident.  The kind man who served me seemed unconcerned and said it would be fine, as I had ‘collision damage waiver’ on my insurance.

I insisted that he looked at the damage however and when he did, he exclaimed with raised eyebrows: “my, you really have dented it ! ”. But he quickly filled out the forms for me, gave me a free ride to the airport and refused to take a tip.  On parting he told me: “when you next come to the US Mr Evans, make sure you use us again“.  Now that’s customer service !

I have been privileged to work with the American virtuoso dulcimer player, Stephen Seifert.  I have met Stephen many times at festivals in the USA and duets we recorded together in Nashville, are a highlight of my latest CD album.  As well as being a brilliant musician, Stephen has a quirky sense of humour.

On one occasion, we were both teaching at a big festival in Kentucky, but we were so busy that week that our paths barely crossed.  After a concert in a church I was crossing the car park to find my hire car when Stephen spotted me and shouted out: “Hey Dan, I want to jam with you this week, ‘cos if my theory about the afterlife is wrong, we might not get another chance”.

Many years ago, I wrote a jazzy guitar piece called ‘Snow’.  Very spookily, whenever I performed the piece it has snowed more often than not.  On one occasion, I played the piece at a concert in Ealing, West London and that night there was a very flamboyant (and somewhat showy) guitarist present.  He telephoned me a few days later and told me that, amazingly, it started to snow just as I played my piece, that it had snowed for 33 hours non-stop and that Ealing had the most snow on record for 13 years.  This gave me a delicious moment. “You might be great guitarist …” I said to him “… but I control the elements”.

an Englishman in the USA

My English accent in America has often been the source of interest and amusement and the saying ’two countries separated by a common language’ has never been more relevant for me at these times.  Back in the UK, in an interview with the Incorporated Society of Musicians for their ISM Journal, I was asked: ‘What’s the most embarrassing thing that’s happened to you as a performer?’.

My answer was as follows: During my concert at a festival in Indiana I told a tale about how I would go around the English countryside on my motorbike, humming British folk songs to the drone of the bike’s engine.  The audience loved the story but the corny punchline ‘Dan and machine in perfect harmony’ fell a bit flat.  Later, when I spoke to the festival director about it, she said to me: “Dan you could read us the telephone directory and we’d love it.”

On my Autumn Dance’ CD, the song Ellen Vannin about a ship sinking, is preceded by Andy Crowdy making foghorn-like sounds on his string bass.  The effect is realistic and adds atmosphere to the song.  There are also the sounds of waves and the ocean on another maritime track.

One of my fans in the USA has this album in his Mercedes SUV, which has a good sound system.  The First time he played it, he e-mailed me shortly after to tell me: “when I heard the noise of waves and the fog horn, I had to pull over and stop the car – I thought it’d sprung a leak in one of the hoses”.

You may have heard of the Irish super-group Planxty, who’s well-deserved reputation is at least in-part due to the instrumental virtuosity and beautiful vocals of Andy Irvine.  Andy now headlines as a solo act at major folk festivals.  In 2002 he rang the Tullamore Arts Festival organiser and to see if he could play there again that year but he was told: “no, we have Dan Evans this year”.

On the night of my concert, I met the organiser and we made our way to the venue, the lovely Charleville Castle.  I expected to get there early to sound-check but my client said in an Irish brogue: “we’ll be having a Guinness now” – so we popped into a pub and chatted to some local musicians.  Eight o’clock came and went and then nine.  I started to get a little concerned that we’d be late for the show, but I was again told: “we’ll be having a Guinness now”.  And so, eventually, we arrived at the venue and set up. Incredibly, I started my concert at 11.55pm and played in a remote castle in Ireland at midnight.

In the summer of 2001 I played at a festival in Houston, Texas called SAMFest – the Summer Acoustic Music festival.  The event was held in a huge church complex, a few miles from the hotel where we all stayed.  Every morning as I entered the church, I passed a uniformed and armed security guard, whom I greeted with a very English “good morning”.

On the last day however, he stopped me from entering.  I wondered if I’d done something wrong – but he just asked me, in his thick southern drawl, if I would teach him how to say ’good morning’ in my nice English accent.  With a cheeky grin on my face and, without asking permission, I helped myself to the notebook and pen which were in the shirt pocket of his uniform.  I then wrote down three words, showed him them and explained that they were how one said ‘good morning’ in English.  He looked somewhat baffled, so I read out the words out to him in a forced posh voice – they were: “ air – hair – lair ”.  It’s a wonder I didn’t get lynched.

One year I was asked to give an evening talk on the therapeutic benefits of singing to a nursing convention at Robinson College, Cambridge.  I felt well placed to do so, having taught singing to thousands of students over many years.  I prepared my talk, but just in case, I also took a dulcimer with me.  On the night, I started my talk but instantly realised that these poor nurses didn’t want to hear yet another talk.  So I quickly changed tack and started playing some music and invited them to join in.  Within seconds, the nurses were on their feet singing, clapping and dancing freely around the room.  They clearly needed to let their hair down and had a fun time.

My client was Chris Johns, a well-respected guru in the ‘reflective practice’ arena. (Reflective practice is all about looking back on events and thinking about what happened and your feelings about them.)  Although the evening went off with a swing, it certainly wasn’t what I was engaged to present.  So I asked Chris at the end if he was happy with the outcome.  His reply was: “What do you think ?”

Long before I was professional and before I’d performed very often, I was invited to play guitar at a big charity concert in Luton Library Theatre.  I would represent folk music.  There was a full house that night and the standard of the acts was sky high.  I remember that a professional string quartet was flown up from the South Bank to represent classical music and five young black guys in white suits sang in tight harmony and moved to a precisely choreographed dance routine, representing soul.  I was proud to be part of the show but feeling a little out of my depth.

The famous blues guitarist, Mick Abrahams played a tight set on an electric guitar – his music was great and his performance was slick.  Mick used to play with my favourite rock band Jethro Tull.  The organiser, who liked my guitar playing, must have told him about me back stage.  When I met Mick he shook my hand enthusiastically and said: “Are you Dan Evans? – I’ve heard so much about you – I’m really looking forward to hearing you play”.  I was speechless.

When I worked at Kentucky Music Week in 2005 it was my second time at that festival.  Students from my visit there in 2000 requested me to lead another Chanting & Rhythm session, as they’d enjoyed it on the previous occasion.  As the session wasn’t planned, there we no rooms available so we held it by the pool in the courtyard of one of the festival motels.  The motel, although huge, was very full that week – half with musicians and half with cowboys in big hats and boots, who were visiting the nearby rodeo.  My Chanting & Rhythm session encompasses various styles of chanting and then we beat out rhythms on percussion instruments.  The cowboys couldn’t believe their eyes or ears and went to get cameras and video recorders to capture this strange event – especially, as it was being led by an Englishman.  Eventually, and not wanting to be outdone, a number of the cowboys joined in and line-danced along a balcony to our pulsing rhythms.  The thought of it still makes me smile.

the tale of the old lady’s mother

One night, many years ago, when I was just starting out as a musician, I played support to the popular poet John Hegley in Luton library Theatre.  John delivered a very funny set of poetry on the main stage and afterwards I played some folk songs in the lounge bar area, in an informal cabaret-style presentation.  In those days, before I’d recorded any CD albums, I had cassette tapes of my music and these were available for sale on the table beside where I was playing.

During my set, one feeble old lady came forward and purchased a tape.  With a very bent back, she then hobbled back to her table with the aid of a stick.  Just before she sat down again this lady waived my tape in the air with all the strength she could muster and in a feeble, faltering voice she said: “my mother will really enjoy this !”

the tale of the deaf old lady

Many years ago I played support to the virtuoso Northumbrian pipe player Kathryn Tickell in St Albans.  That night I played some of my Celtic-rock pieces on guitar with electronic effects.  After my set, a frail old lady with a bent back came up to me and prodded me on the chest with her forefinger. “Young man” she said (well it was a long time ago). “Young man” she said again, again prodding my chest. “It’s good to hear pleasant music on the electric guitar“.  I replied with a simple “thank you”, in response to which she held up the palm of her hand to stop me in my tracks.  She then fumbled around in her shoulder bag and produced a crude, old-fashioned hearing-aid made from an animal horn.  She put the pointed end of the horn in her ear and presented the open end to me and then said “pardon?”