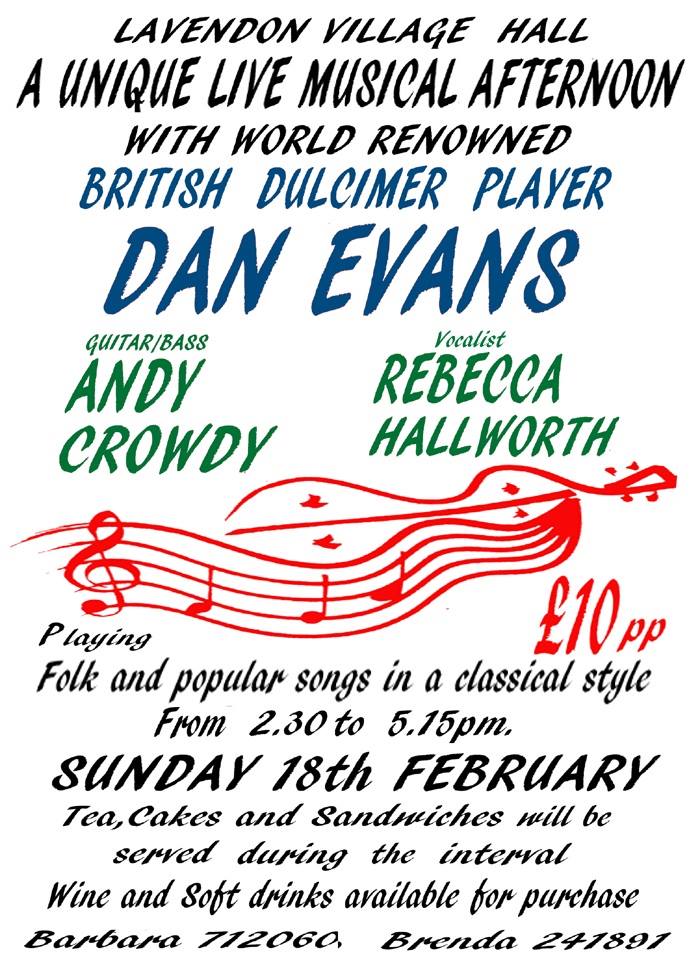 ‘The three of you were a great success, as you could obviously see from the audience’s reaction at the end of your numbers.  Speaking to many of them before the event, very few knew what they were in for, because they did not know what a dulcimer was.  They do now!   It’s the first time we have had a sell-out in the hall and that was without your Olney following, who had heard you a few months previously.’  John Salter – event organiser