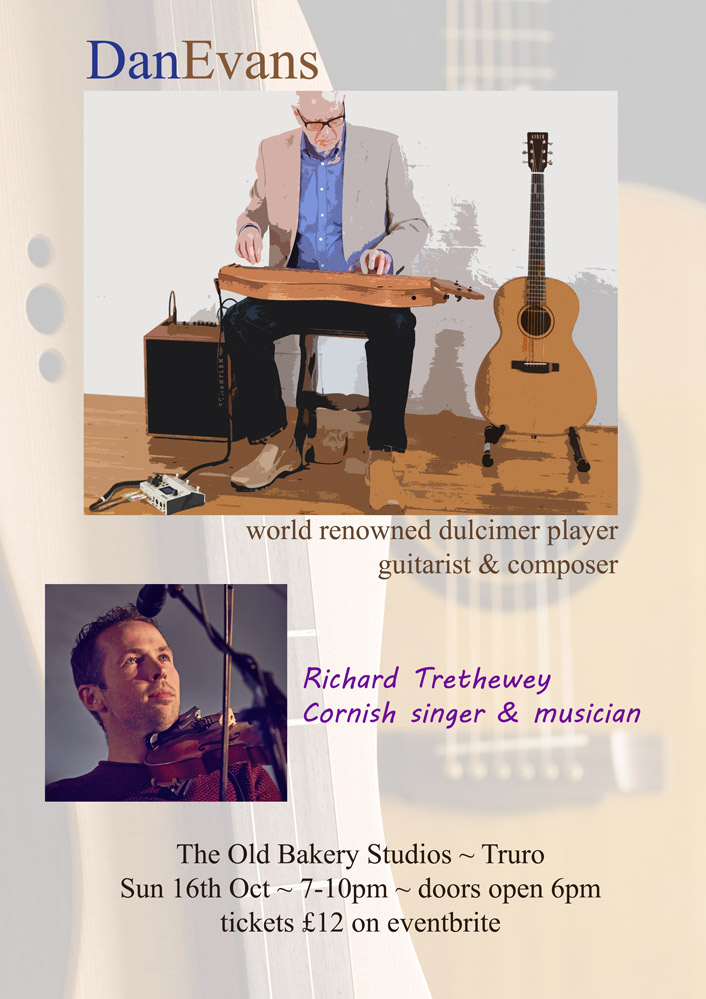 Over three decades Dan Evans has built a niche career as a world-class exponent on both the mountain dulcimer and acoustic guitar.  He accompanies his fine baritone voice with beautiful and original dulcimer and guitar music.  With five CD albums released to critical international acclaim and eighteen international tours undertaken to date, Dan has won the hearts of audiences on both sides of the Atlantic.

Cornish singer and musician, Richard grew up in Cornwall but spent four years studying Folk and Traditional Music at The University of Newcastle Upon Tyne.  He is currently performing with a number of folk groups but here is a rare opportunity to experience a solo performance with songs and fiddle tunes.