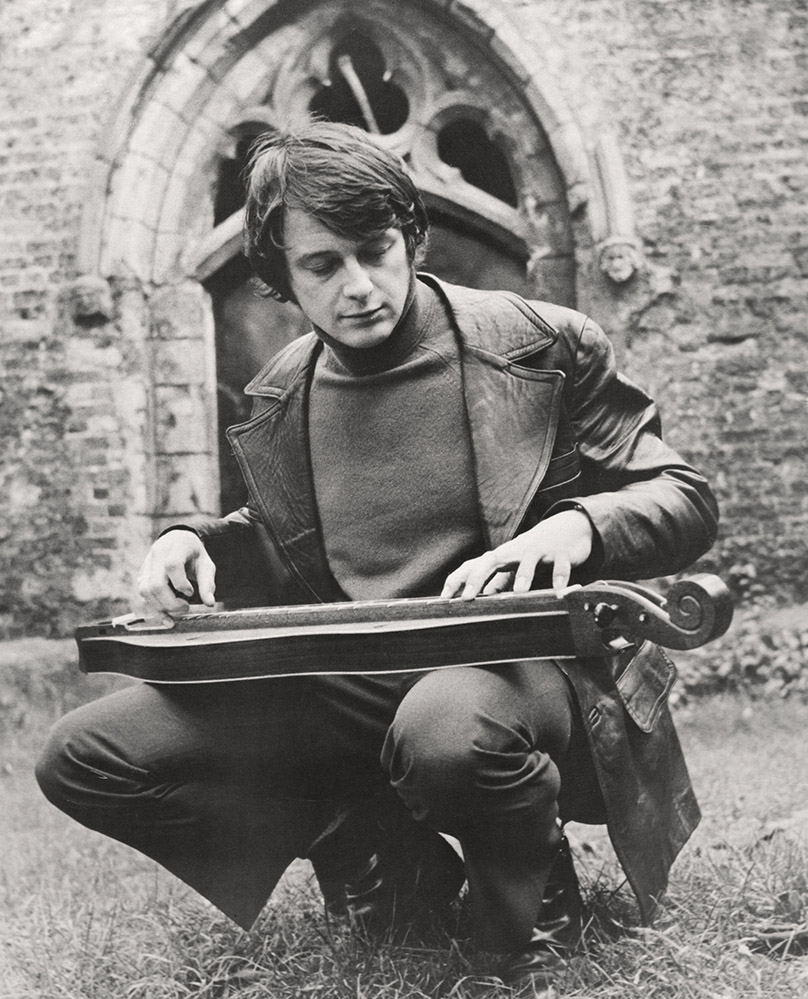 Whilst an official obituary of Roger can be found here on the Independent newspaper website, this blog post is more of a personal perspective.

Roger was the most marvellous exponent of the mountain dulcimer and his original (mock) Elizabethan compositions and transcriptions of ancient lute tunes have yet to be surpassed on the dulcimer.  During his life he recorded several hugely enjoyable vinyl albums with interesting and diverse collaborations with other musicians.  His first album however, Nonsuch For Dulcimer with Steeleye Span’s excellent guitarist Robert Johnson, is an iconic masterpiece.

I first met Roger Nicholson in his (then) north London home back in the 70’s when I was a University Student.  His instruments, recordings and TAB notation were an inspiration to me at that time.  We met again around twenty years later and the friendship that ensued resulted in us giving a series of concerts together in the London area, undertaking a US tour to Boston and the Adirondacks and recording a couple of duets for my Spirit Dancing album.  It was a good combination, as our differing styles complemented each other well and we both fingerpicked three-stringed dulcimers with no half-frets.  Since that time, we kept in regular contact and we would often perform at Ealing Guitar Society, close to Roger’s (then) west London home.

Following a heart-attack in Damascus, Roger’s health deteriorated in his remaining few years.  Roger passed in a London hospital on a mild November afternoon in 2009.  Curiously, fifty miles away and at precisely the same time, I was suddenly stopped in my tracks, I looked up and thought of him.

Roger was always very positive and encouraging of my own music and I regret not thanking him properly for that when he was alive.  I was however privileged to give a seminar on Roger’s music at the Kentucky Music Week festival in 2010 – and I still play his beautiful piece Spring Season and often honour him by performing it in my concerts.

I fondly remember the many times we sat together “chewing the fat” as he used to say, surrounded by his many well-loved books and model cars, drinking tea from two very large mugs.  ‘We can ask and ask but we can’t have again what once seemed ours forever.’ (J.L.Carr)

The above photo is courtesy of Celtic Music and the photo below is of Roger (right) and myself (left) performing a duet at an early gathering of the UK’s Nonsuch dulcimer club back in 1996. 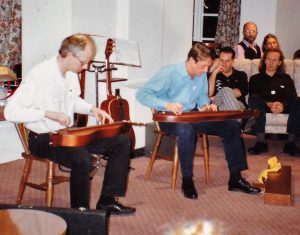